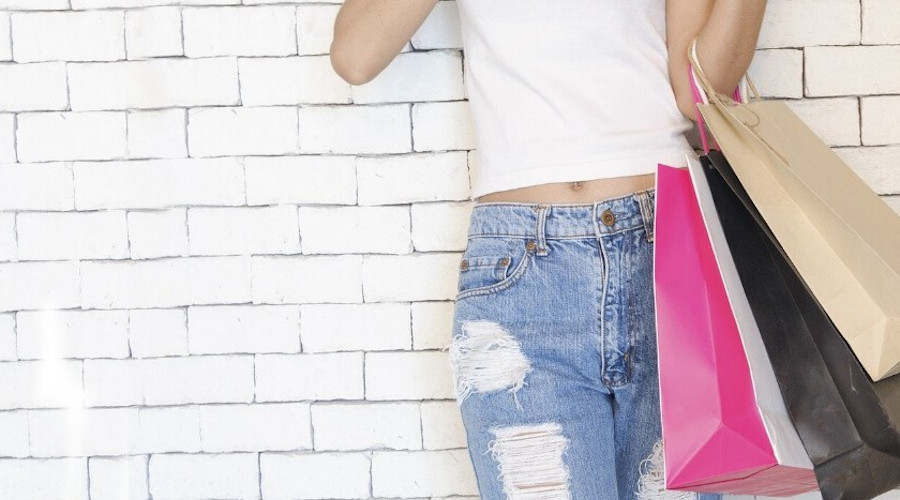 The different signs of the zodiac have different attitudes and qualities they bring to the fore when bargain shopping on Black Friday. While Black Friday is celebrated the day after Thanksgiving in the United States, this list applies to any major shopping frenzy worldwide.  In the U.K., Canada, Australia, and New Zealand for example, Boxing Day (the day after Christmas) is often considered the day with the biggest mark-downs and when the best bargains are to be had.

The list below is for entertainment purposes only and not meant to offend. Characteristics of the signs may or may not have been exaggerated for comic effect. If you find yourself stuck for ideas on what to buy your loved ones, why not read our Zodiac Gift Guide.

This post has affiliate links. This means I may earn a commission (at no extra cost to you) if you purchase something after clicking on it. This helps cover the expense of running the site while keeping the content 100% free. Your support is appreciated!

Ruled by Mars, those born under the sign of Aries are not known for their patience. Waiting in lines will drive an Aries close to insanity. However, the thrill of the chase and sense of victory when snatching up a bargain will somewhat make up for the waiting.  Aries tends to have a take no prisoners approach to most things that they want – including sale items. Cries of “I saw it first” and a well-placed elbow to a competitor are not unlikely.

Ruled by Venus, people born under the sign of Taurus can be very placid and down to earth; until you awaken their inner bull. Taurus is going to be attracted to anything soft and luxurious, and if they have decided that this is just the article for their home; but you have grabbed it – look out! The bull may just put their head down and charge! Hopefully, the only charging the bulls will do is with their credit card, because only a fool would deliberately provoke a Taurus (thankfully it takes a lot to push a bull that far).

Ruled by Mercury, those born under the sign of Gemini tend to be very good with words. Gemini may very well talk their way into getting what they want – even if someone else already has their hands on it. They are not above using a little reverse psychology to get their hands on the goodies either. Symbolized by the twins, other shoppers may feel bamboozled and have the uneasy feeling that they are dealing with not just one competitor. Gemini can very easily distract their opponent and then take advantage of their lack of focus to go in for the kill.

Ruled by the Moon, those born under the sign of Cancer are usually deeply sentimental and love a good bargain. Like its symbol, the crab, Cancer will often take a roundabout route to get what they want. While other shoppers may be keeping an eye out for competitors; Cancer may very well sidle up out of nowhere and nab the goods. Careful too, the crab has sharp claws!

Ruled by the Sun, those born under the sign of Leo are big fans of adding to their collection of possessions. Like their symbol, the lion, these Kings, and Queens of the zodiac would really prefer that someone else did the actual dirty work for them. In the case that they cannot get someone else to do their shopping for them, the lion will bring along a friend. While Leo points out the high-class products that they want; the friend may well be roped into carrying all the shopping bags.

Ruled by Mercury, Virgo is nothing, if not organized. When it comes to nabbing a bargain at the sales, Virgo, as in all other areas of life, has a plan. It quite possibly involves a sleep-out the night before, to make sure that they have the best possible chance of getting the best bargains. There may well also have been an earlier reconnaissance mission to the stores that they are interested in so they know the lay of the land. A list of all the items they want, ranked in order, is likely to have been written out weeks prior.

Ruled by Venus, Libra values harmony above most other things and has a reputation for being a little indecisive. Libra loves a sale but may fall down when it comes time to actually make a quick decision on what to buy. While pondering whether to get that gorgeous purple sweater or the divine blue one – poor Libra is rudely awakened when both disappear before their eyes. They may overcompensate by grabbing all that they can see if this happens too often. The whole disharmonious atmosphere will be a big turn off for a lot of Libras. Most of them will want to retire to a gorgeous coffee shop for a timeout instead.

Ruled by Pluto, those born under the sign of Scorpio are known for their intensity. Scorpio knows what they want – and they know how to get it. If someone grabs an item that they have been considering; Scorpio will turn their gaze upon the guilty party and stare them down until the offender gets nervous, drops the item, and runs. Anyone foolish enough to come between a Scorpio and the objects of their desire is likely to feel the sting of their tail.

Ruled by Jupiter, those born under the sign of Sagittarius are known for their optimism, but also their clumsiness. I fear for Sagittarius in these sorts of situations. It is not unlikely that they become embroiled in some bizarre incident where they bring down a whole stand of goods – knocking over displays and just generally causing mayhem. They are usually pretty lucky though, so knocking over a stand may very well unearth some hidden treasure for some centaurs.

Ruled by Saturn, those born under the sign of Capricorn appreciate value and tradition. Capricorn wants real value for their money though; they won’t be distracted by bargain-basement deals on inferior items. Capricorns will naturally gravitate towards items that represent significant savings on quality goods. Like their symbol, the sure-footed goat, they have an ability to climb to higher ground better than most. They are likely to come out as King or Queen of the mountain when it comes to sales.

Ruled by Uranus, those born under the sign of Aquarius are often known as being ahead of their time. You are more likely to find an Aquarius sleeping in on Black Friday – getting their rest to really take advantage of Cyber Monday instead. If they do venture out on Black Friday, it is likely to be with a group of friends. Their innate ability to recognize trends ahead of season may mean that they don’t so much pick up a bargain but do snap up something that others won’t even know exist for months yet.

Ruled by Neptune, those born under the sign of Pisces are known for their sensitivity. Dreamy Pisces is the most likely to find the discordant atmosphere of Black Friday really disturbing. Represented by the twin fish, Pisces is not above being a little slippery itself on occasion. Wanting to grab a bargain, but also wanting to escape the pushy crowds; Pisces may be tempted to shop from other people’s shopping carts. They are likely to be able to convince themselves ( and perhaps others) that a momentarily unattended cart has actually been abandoned and not feel bad about it.

Moms of the Zodiac