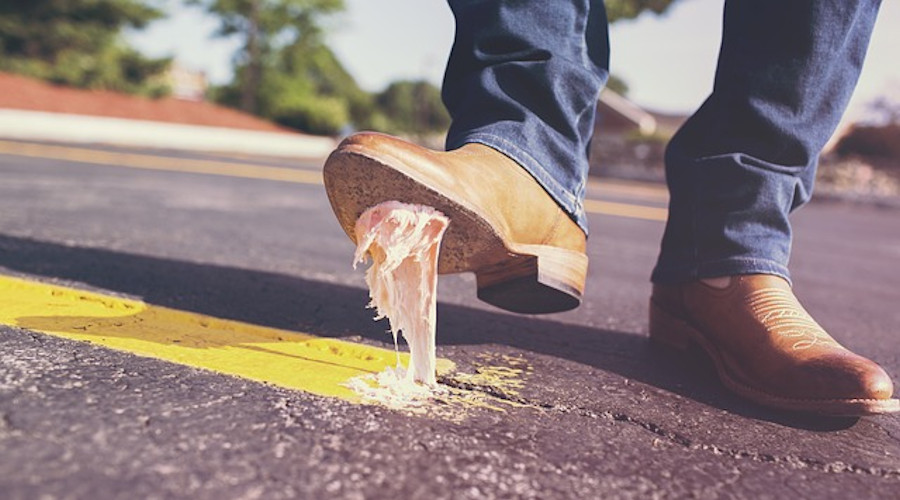 However, Jupiter is also related to excess and can enlarge and exacerbate a situation. Sometimes it comes down to how you look at that luck too (Jupiter rules philosophy). Looking around in some Facebook astrology groups I came across some interesting comments about the recent Venus/Jupiter conjunction, and Jupiter in particular.

For example, it was raised that what we see as misfortune can sometimes be seen as being beneficial to someone else. The example given for this was someone being in a car accident that nearly killed them, and receiving a settlement of cash for the damage, pain and suffering, and medical bills.

While the person that had the car accident saw this as being a traumatic event (and rightly so), it did still conform to this person having Jupiter in the 2nd house of finances at the time (as there was an influx of cash). Other aspects were being pulled into play when this happened, which shows the importance of looking at the whole natal chart and what other transits are happening and not just one aspect in and of itself.

Another poster commented how every time Jupiter hit a certain spot in their chart ( it takes Jupiter about 12 years to come back to the same spot) they were nearly killed in accidents and that this had happened on three separate occasions. They were saying how stressed and anxious they were when Jupiter came around to that spot in their chart (as you would be), but as someone else pointed out, how lucky they were to have survived those three times.

Later on in another group, I saw someone say that they had Jupiter in the 7th house  (the house of partnerships). They went on to say how lucky in love they were, and that they had been married twice. Some might argue that being widowed or divorced before remarrying a second time is not that lucky, but everyone is different and it comes down to perspective.

Jupiter in the 7th house could certainly indicate possible multiple marriages. I have Jupiter conjunct the 7th house cusp (also known as the descendant ). My Jupiter is in the 6th house but so close to the cusp of the 7th that most astrologers count it as being in the 7th. True to form, my ex-husband was a Sagittarius (Jupiter rules Sagittarius) but I don’t consider myself particularly lucky when it comes to relationships. Having said that, as divorces go, it’s all been fairly amicable and I wouldn’t rule out marrying again one day (but not to the ex-husband).

Jupiter transits have been prominent in the charts of some people when they die. Again, it comes down to perspective. With some deaths, it is a blessed or kind release from pain. For some, it is said that they are going to a “better place” or their “great reward”. Jupiter is associated with religion and beliefs, amongst other things,  so this is not that surprising I suppose.

It is said by some that we don’t feel the impact of a transit to our charts unless we already have the natal aspect in our own charts. We can look at Jupiter entering an area of our natal chart and expect only good and wonderful things, but if we have planets there that form a difficult aspect with our natal Jupiter it is not going to suddenly change how that natal aspect works.

When Jupiter transited into Scorpio, it was in my 10th house of career and public reputation. Unfortunately, at 0 degrees Scorpio, I have my natal Mars. That natal Mars is square my natal Jupiter (the heavy red line shows this aspect in the natal chart pic).

When Jupiter entered into Scorpio at 0 degrees, in effect transiting Jupiter was conjunct (or co-joined) my natal Mars. As I already have an aspect in my natal chart between Mars and Jupiter (the square) it affected me more than it would have if I had no planets or chart points at that degree.

That morning I woke up in a bad mood for no real reason. I was annoyed with my boyfriend (my natal Jupiter is conjunct the 7th house of relationships), again, for no real reason and then went to work (my Mars is in my 10th house of career). Work was frustrating,  and lead to a day of backbiting and verbal pettiness. It was only later when I realized that Jupiter was hitting that exact spot (0 degrees Scorpio) that it all made a lot more sense.

Hopefully, when Jupiter comes along to 24 degrees of Scorpio, where my natal Neptune is, it will be a little kinder to me as I have natal Jupiter trine my natal Neptune (one of the heavy blue lines in the picture above, shows this aspect).   As the trine is considered an easy and helpful aspect, it should be a lot nicer. However, as Neptune is such a slippery planet, it will pay me to keep my eyes open.

A week or so after that, when Jupiter comes to 26 degrees Scorpio, it will conjunct my natal Moon. As my natal Moon trines my natal Jupiter (represented by one of the heavy blue lines in the picture above) this should be a nicer aspect. As the Moon is also the ruler of my 7th house of partnerships (Cancer, ruled by the Moon is the sign on the cusp and therefore ruler of my 7th house; Jupiter the planet is near the cusp and has an effect because of it’s position but is not the ruler of the 7th) it might be an interesting day.

Having said that, as we are talking emotions (Moon rules our emotions and instinctive responses) in the sign of Scorpio, which is intense, combining this with Jupiter (which can go overboard) might be a little more interesting than I want. By this time, the action will have moved into my 11th house (groups, friends, and organizations among other things).