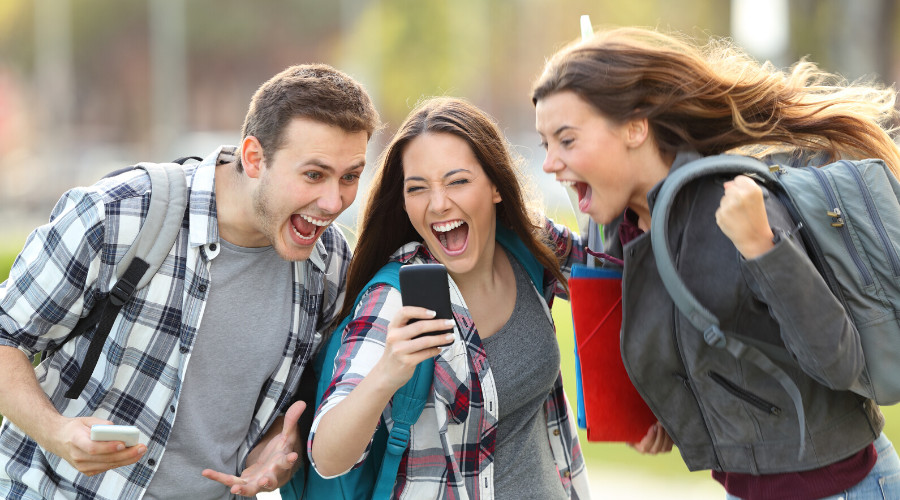 A Jupiter trine Uranus aspect is usually an upbeat and excitable time. The enthusiasm of Jupiter blends with the Uranus’ desire for the new and unusual. Uranus’s nature means that these ideas and plans might be a little short-lived, but while they last, they are likely to be innovative and exciting.

Jupiter can go a little bit overboard at times, as it is all about expansion. There may be a need to watch that you don’t go too over the top when it comes to situations that arise during a Jupiter trine Uranus transit.

Uranus’s surprise nature means that a sudden opportunity or fortunate event (Jupiter) might arise, seemingly out of the blue (Uranus)

Jupiter is the largest planet in our solar system. It is associated with travel, expansion, enthusiasm, generosity, education, religion, beliefs, and the law. In older forms of astrology, Jupiter was called the Greater Benefic, meaning it was considered the luckiest planet (especially if you were born during the day).

Planets are trine when they are 120° apart (usually 4 signs away from each other). When looking at transits (as opposed to natal astrology), we typically allow an orb (allowance) of 1°, so planets 119° to 121° degrees apart are considered trine.

A trine is a harmonious or easy aspect that often brings out the best in both planets involved. Trines can enhance the planets’ qualities and have them work well together and with very little resistance. However, sometimes the easy nature of the trine can lead to nothing being done. Inertia or complacency can occur as things seem too easy.