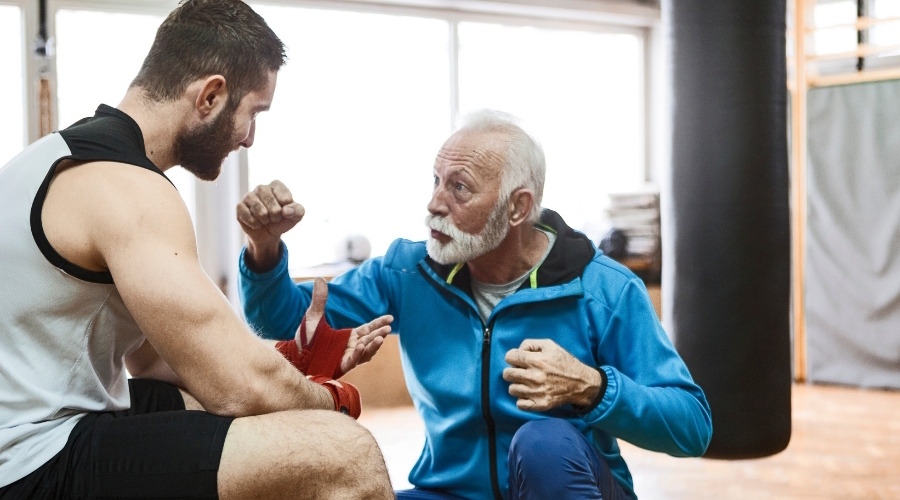 Saturn works well with Mars by bringing discipline, direction and tactical analysis to Mars. Saturn can harness the power of Mars’ drive and energy and use it constructively. Saturn slows down Mars somewhat, so results may not be quick, but they are likely to be practical and worth the wait.

Mars is related to energy and action. Mars is associated with courage, daring, drive, ambition, anger, and libido. Mars is fast-moving and can be reckless.

Saturn is about restrictions; Saturn wants to make sure that all the i’s are dotted and all the t’s are crossed. Saturn is about taking the time to make sure something is done correctly. Saturn can delay things, but things built under Saturn are usually durable and stand the test of time.

The zodiac position of the signs and their essential dignity will also tell you something about this aspect. When Mars is earlier in the zodiac than Saturn (e.g. Mars in Gemini and Saturn in Virgo), Mars is in a superior trine to Saturn and potentially has a bit more of the upper hand in matters. However, as this is a trine, which is a beneficial aspect, this may not be as obvious as in a square aspect. When Mars is later in the zodiac than Saturn (e.g. Mars is in Virgo and Saturn in Gemini), Saturn is in the superior position. Saturn has more potential to get its own way.

We also need to look at the dignity of the planets involved. We look at the planet’s ruler to tell us about the planets ability to achieve its aims. When a planet is in a sign that it is domicile (in the zodiac sign/s it rules), it has a hometown advantage. When a planet is in a zodiac sign it is exalted (where achieving its aims and recognition are more likely); it is like the planet has been given a headstart or special treatment.

Mars is domicile in Aries and Scorpio and exalted in Capricorn. While hearing that a planet is exalted may seem better than being domicile (at home), this may not be the case. Just as you would enjoy staying with someone who treats you like a king or queen (exalted), it is not the same as being at home (domicile). You have much more agency over your own life while in your home surrounds usually. Saturn is domicile in Capricorn and Aquarius and exalted in Libra.

When a planet is in a sign of its detriment (opposite the zodiac sign/s of its domicile), it works at odds with its essential nature. Mars in Taurus or Libra has Venus as its ruler. Venus is associate with relationships, harmony, balance, art, beauty and values, whereas Mars is associated with war, strife, and action. You can see how that might not be the most comfortable zodiac position for Mars.

The zodiac sign opposite the sign of a planets exaltation is its fall (where it has difficulty expressing its nature and may seem to have its qualities hidden, disrespected or ignored). Mars is in fall in Cancer (ruled by the Moon). Saturn is in detriment in Cancer (ruled by the Moon) and Leo (ruled by the Sun) and in fall in Aries (ruled by Mars). You may have noticed that Mars is exalted in a sign ruled by Saturn (Capricorn), whereas Saturn is in fall in a sign ruled by Saturn (Aries). I always think of Mars and Saturn aspects as Mars being a pugnacious young boxer and Saturn being the old but wise trainer.

Planets are trine when they are 120° apart (usually 4 signs away from each other). When looking at transits (as opposed to natal astrology), I usually allow an orb (allowance) of 1°, so planets 119° to 121° degrees apart are considered trine.

A trine is a harmonious or easy aspect that often brings out the best in both planets involved. Trines can enhance the planets’ qualities and have them work well together and with very little resistance. However, sometimes the easy nature of the trine can lead to nothing being done. Inertia or complacency can occur as things seem too easy.