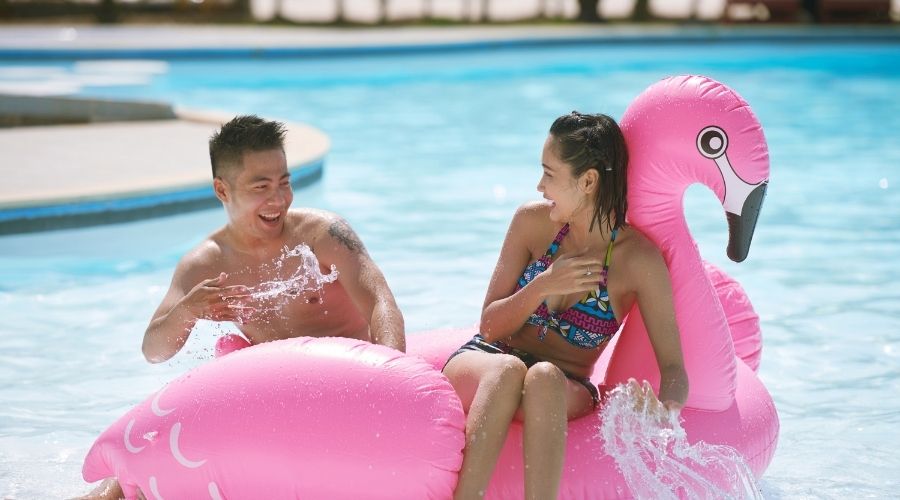 Pisces is a mutable water sign ruled by Jupiter in traditional astrology and Neptune in modern astrology. As Jupiter and Mercury are archetypal opposites, a Jupiter-ruled Mercury, such as in Sagittarius or Pisces, is said to be in detriment or exile. This means that Mercury is not as comfortable and less able to do what it signifies (communications, thinking, learning) as well as it can in other signs.

Mercury in Pisces also has the dubious distinction of being not only in detriment (opposite one of the signs that Mercury rules) but also in fall (opposite the sign that Mercury is exalted in). This is because Virgo is not only ruled by Mercury (domicile) but is also the exaltation of Mercury.

When Mercury is in Pisces, our thinking and communications tend to be more expansive, and broad picture rather than detail orientated. There is an optimism, enthusiasm and generosity with this placement, but it can also be quite impractical. There may be a tendency toward pie in the sky thinking at times, and exaggeration may be a common theme.

Mercury is related to our communications, thinking, learning, and how we express ourselves. Mercury is the closest planet to the Sun (never more than 28° away from it) and is the fastest of the planets (not counting the Moon, a luminary). Mercury can indicate travel in a local sense instead of Jupiter, representing travel in a broader sense (further afield).

The astrological house that Mercury is transiting (moving through) in your natal chart will show you what areas of your life will experience an increase in communications, thinking, and learning during this time.

Mercury in Pisces through the astrological houses

Not sure what signs are in your natal houses? Generate your natal chart now. If you prefer a more beginner-friendly version, you can order your free natal chart instead (may take a few weeks to receive).

If you have Mercury in Pisces transiting through your natal 1st house, you can expect to be spending more time talking to or communicating with people in general. They are also more likely to respond positively. You may find yourself spending more time thinking about your health, appearance, and how others perceive you. Your curiosity will probably be stronger than usual at this time, and your mind is likely to process information efficiently.

If you have Mercury in  Pisces transiting through your natal 2nd house, you may find yourself thinking about and discussing matters relating to your finances and possessions more than usual. This is also the house of values, including self-worth, so it may be a time spent contemplating your attitudes towards finances, material possessions, and what is important to you as an individual.

If you have Mercury in Pisces transiting through your natal 3rd house, you are likely to find that communications, in general, pick up in tempo. You may also find that you are spending more time communicating with siblings or those in your local neighbourhood in particular. Early education, short courses, and transportation are also covered by the 3rd house, so you may find yourself thinking more about these subjects or needing to communicate with others regarding these topics.

If you have Mercury in Pisces transiting through your natal 4th house, you may find yourself communicating with your family more than usual. There is also the possibility of needing to communicate with others regarding your home and or family. You may be reluctant to share your views with those who are not members of your immediate family, as this is an intensely personal natal house. You may find yourself thinking about or discussing your history, origins, and most personal matters during this time frame.

If you have Mercury in Pisces transiting through your natal 5th house, you are likely to be thinking about and communicating more with your children, if you have them. The 5th is a house associated with what we create, including children, art, and creative projects. The 5th house incorporates what we do for fun and what we enjoy. Subjects such as romance, socializing, hobbies, and sport are included in the 5th and could be on your mind more during this time. Mercury was the God of tricksters, among other things, so Mercury transiting the 5th may result in more joking around and playing of pranks than usual.

If you have Mercury in Pisces transiting through your natal 6th house, your attention to detail regarding your work may increase. You may also find that communications with co-workers and employees may improve and/or expand. This is also the house of your health and fitness, so your general health and diet, exercise, and hygiene matters may be on your mind more while Mercury moves through this house. Pets are another 6th house topic and may have you thinking about pets or discussing them more.

If you have Mercury in Pisces transiting through your natal 7th house, you are likely to be thinking more about your one-on-one relationships and communicating with partners more often. The 7th house includes not just our romantic partners but also business partnerships and close friends. Contacts and negotiations usually go well when Mercury is moving through this house. It is also usually an excellent time to consult a counselor or an expert for advice.

If you have Mercury in Pisces transiting through your natal 8th house, you are likely to be thinking about and communicating more concerning shared finances and possessions. This can include assets from a partnership (business or romantic), loans, taxations, insurances, or inheritances. This is also the house of death, so matters to do with mortality may also be on your mind.

If you have Mercury in Pisces transiting through your natal 9th house, you are interested in broadening your horizons somehow. You may be interested in learning more about other cultures, philosophy, religion, or esoteric subjects such as astrology. Higher education is covered by the 9th house, as is long-distance travel, so these are matters that you may be thinking more about or communicating with others concerning. Publishing and the law are also covered by the 9th house, so these matters may be more on your mind.

If you have Mercury in Pisces transiting through your natal 10th house, you are likely to be thinking about career matters more. Communications in the workplace are likely to increase at this time. This could be a great time to gain advice on advancing in your career by talking to an employer or mentor. This is also the house of your public reputation. One example might be if you had a public event planned (not necessarily related to your career) that may require you to be thinking about logistics and communicating with others more.

If you have Mercury in Pisces moving through your natal 11th house, you are likely to be communicating and thinking more about your friendships. This is also the house of groups and organizations, so you may find yourself more active in these situations. Our hopes and dreams are also included in the 11th house, so you may find yourself thinking more about what you want to do and how you plan to achieve it.

If you have Mercury in Pisces moving through your natal 12th house, you may find yourself thinking and/or communicating with others about subjects such as addictions or mental health issues. This is the house of seclusion and confinement, so you may be more reclusive at this time or need more downtime. This is a house to do with hidden matters, so there can be a tendency to keep your thoughts to yourself while Mercury is transiting through this house.