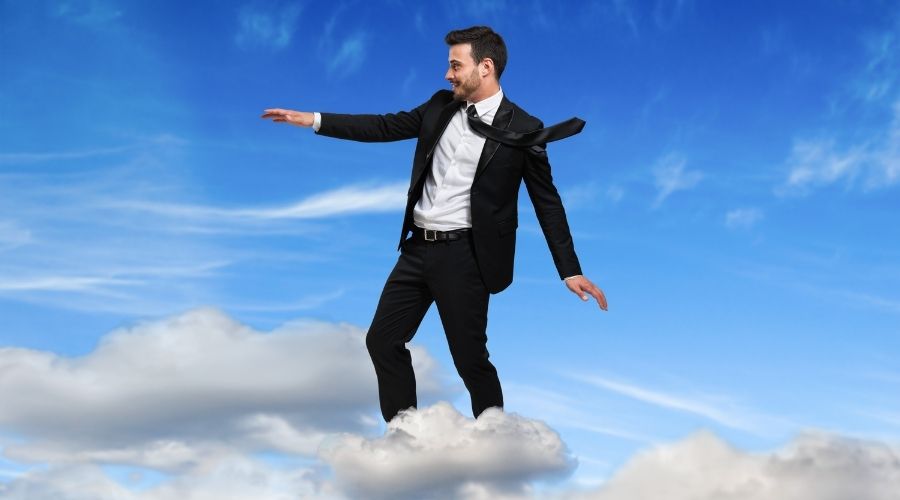 Mercury square Jupiter can have us feeling optimistic and enthusiastic in general. We are eager to plan long-range goals but may not be focused on the more minor details. That’s because Mercury is focused on the nitty-gritty of the details, whereas Jupiter is big-picture orientated.

There is a strong possibility of overconfidence in ourselves and our ideas at this time. Many of our thoughts may be more pie in the sky than realistic. At times, there can also be a tendency to be rather pompous or all-knowing with others.

Mercury is related to communications, thinking, learning, and how you express yourself. Mercury is the closest planet to the Sun (never more than 28° away from it) and is the fastest of the planets (not counting the Moon, which is a luminary). Mercury can indicate travel in a local sense, as opposed to Jupiter in a larger sense (further afield).

Jupiter is the largest planet in our solar system. It is associated with travel, expansion, enthusiasm, generosity, education, religion, beliefs, and the law. Jupiter was called the Greater Benefic in older forms of astrology, meaning it was considered one of the luckiest planets (especially if you were born during the day). Jupiter can also inflate matters out of proportion, though, making us over-confident, having unrealistic expectations, or arrogant on occasion.

Planets are square when they are 90° apart (usually 3 signs away from each other). When looking at transits (as opposed to natal astrology), we typically allow an orb (allowance) of 1°, so planets 89° to 91° degrees apart are considered square.

Squares are a challenging aspect that usually causes friction between the two planets involved. When planets are square, they are usually 3 signs away and share the same modality (cardinal, fixed, or mutable). While there are differences, there are some similarities in approach.