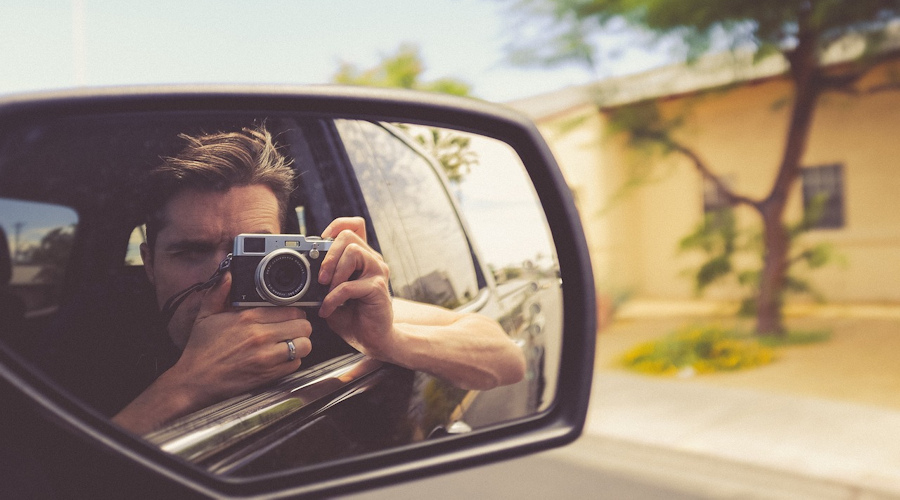 The superior planets, those from the earth out (Mars to Pluto) have a particular way of processing their retrograde periods.

The natal planet in question (being aspected by the retrograde planet) will have experienced the same aspect not long beforehand when the planet, in direct motion, passed over that point of the chart.  There may be some hint at this time about what the retrograde period may try to bring to light or change in some way during its transit.

When the planet retrogresses over this point again, there may be a discovery or release of energy or tension with regard to this subject, but it is unlikely to be straightforward. The details may seem too sudden, haphazard and out of left-field.

When the planet transits over the position the third time, in direct motion, there should be some resolution or a start of a new process beginning in the areas that have been affected during the retrograde period.

There may be a change in temperament or attitude towards things traditionally associated with the retrograde planet. There is likely to be a movement towards internalizing the energies of the planet rather than an outward expression of them.

There may be indecision and confusion about how to go forward or that what you have been working towards is all wrong. In some cases, it may seem that all activities in relation to the qualities of the retrograde planet have come to a standstill.

This can lead to anxiety and restlessness. It can also lead to a sense of excitement for the changes that are seemingly ahead. What once seemed so certain may not seem so anymore, and something that was cherished may suddenly lose its luster.

These can be manifested from within, or events in the outer world may force this change of direction and thoughts upon us. There can be a feeling of events being out of our control, and the need to take our time and wait for the right moment is likely to be felt strongly.

The house that the retrograde planet is transiting may come up for some evaluation by us in some way during this period.

First Trine by the Sun

If you have a natal planet in aspect to the position that the retrograde planet stationed retrograde, then when the Sun trines that natal planet, more information may become available and a greater understanding of what you can expect is likely.

Issues that come to light during the Sun opposition will play a significant part in the second part of the retrograde cycle.

Opposition by the Sun

This is usually a good time for listening and taking note of subconscious messages being delivered by the retrograde planet. From the stationing retrograde up until the time of the opposition, there can be a tendency to over-react and it can be hard to see situations as they truly are. The opposition itself may bring a situation to a head, and may lead to a type of explosion of energies/frustration.

The House that the Sun Opposes the Retrograde Planet From

The house that the Sun is in when it opposes the retrograde planet can give some indication of what changes may prove fruitful. This can also be a time when what has been exposed comes fully to light and may lead to upsets and altercations.

Second Trine by the Sun

There may be an uptick in energy and tension at this time and in the weeks leading up to the planet stationing direct.

When the retrograde planet stations and gets ready to go direct, there can be a build-up of energies that come roaring up to the surface to be expressed. These may be either positive or negative expressions of the energies. Events may suddenly seem to move forward as if there is nothing holding them back anymore.

The first square by the Sun, to the planet that was retrograde but is now in direct motion, may signal a time when the physical manifestations of the issues brought to a head by the retrograde period start to show themselves (as opposed to the inner work that may have been completed).

During this period we may have uncovered hidden parts of ourselves or our needs. Situations that may have been stuck may suddenly seem a lot freer and our desire to undertake new directions is stronger.

The Sun Conjunction after Direct Motion

When the Sun comes up to conjunct the planet that was retrograde, there may be a feeling of completion or the ending/beginning of a cycle again. This applies only for Saturn to Pluto retrograde periods.

The Houses and Retrograde Planets

The house that the Sun is in when a planet is retrograde can give some indication of what areas of life you may be expressing and releasing the tension brought about by the retrograde planet.

The planets Mars, Jupiter, and Saturn tend to be able to demonstrate more clearly what the retrograde period was about and the outcomes. The outer planets, because of their slower movements, may take a lot longer for the meaning of their retrograde periods to become apparent.

When these houses are highlighted by the Sun opposition or a natal planet in aspect to the Sun opposition, it shows that there may need to be a deeper exploration of your relationship with partners. The need for boundaries in relationships may be a theme at this time, and your own needs may undergo change during these times. If there have been difficulties the opposition may bring this to a crisis point.

When these houses are highlighted by the Sun opposition or a natal planet in aspect to the Sun opposition, it may bring about a deeper exploration of our values and personal integrity. Issues related to finances and possessions, as well as those we share with others, may also be highlighted. Issues related to dependence and independence may be strong themes during these phases.

When these houses are highlighted by the Sun opposition or a natal planet in aspect to the Sun opposition, it shows a need to marry the thoughts and opinions with a broader philosophy on life. There may be issues related to the law and conventional wisdom versus personal thoughts and beliefs at this time. The desire to undertake higher learning or learn more about other cultures or countries may be strong at this time.

When these houses are highlighted by the Sun opposition or a natal planet in aspect to the Sun opposition, it shows the need to bring a balance between the most personal and private area of our chart and the most visible and exposed parts. Issues related to security and our career, homes, and family may undergo changes during this period.

When these houses are highlighted by the Sun opposition or a natal planet in aspect to the Sun opposition, it shows a need to maintain our private and creative outlets for fun and joy and our ability to work with others and share our gifts and self with others. How much we interact and share with others versus how much we allow ourselves the personal freedom to live our lives as we wish may crop up at this time.

When these houses are highlighted by the Sun opposition or a natal planet in aspect to the Sun opposition, it can bring to the fore problems with our health if we are out of balance when it comes to our hidden emotional needs. Psychological or physical problems may seem to become more extreme during the retrograde opposition period.