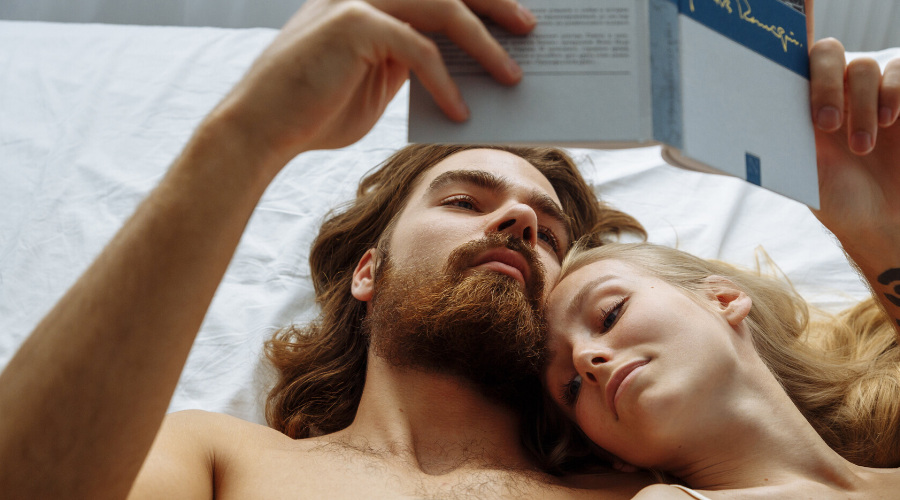 Venus is related to our affections and our value system. Venus is concerned with harmony, balance, and aesthetics but will not necessarily be walked over. Venus can be quite discriminating. Venus is as much about what attracts us as it is about what doesn’t attract us.

Aquarius is a fixed air sign ruled by Uranus in modern astrology and by Saturn in traditional astrology. The fixed nature of Aquarius means there is often resistance to change. With Venus in Aquarius, this can be seen in a reluctance to change their mind or thinking (air) regarding relationships and value systems.

As Aquarius is an air sign there is an intellectual, social and communicative aspect to Venus when it is in this sign. Aquarius is a sign that is often associated with friendship and the collective good. Aquarius can be quite caught up in ideas and ideals, they are sometimes more often interested in what is of greatest benefit to the many rather than to the individual.

In modern astrology, Aquarius is ruled by Uranus. Uranus is associated with the sudden, the shocking, the innovative and revolutionary.

With Saturn considered the most distant planet in our solar system, in traditional astrology, its rulership of Capricorn and Aquarius take different approaches. Saturn ruling Capricorn is focused on restrictions (there were no planets beyond it as far as they knew). With Saturn ruling Aquarius there seems to be more of a focus on what might be beyond, what we cannot see.

So with Saturn ruling Aquarius we see exploration and discovery beyond what we have known. Saturn is also associated with exile, being beyond the limits. This can also extend to Aquarius being seen as beyond family (the black sheep) or societal limits (the revolutionary). There can be a feeling of being different, perhaps even alien-like with Aquarius.

Venus in Aquarius can see us approaching relationships and our value systems in a colder (Saturn is not touchy-feely) more analytical (air) way. There may be a preoccupation (fixed) with the idea (air) of what or how the relationship or our values should be or represent. There may be a tendency to be attracted to what is not known, to discover or explore different ways of relating to others. There may also be a strong emphasis on friendship rather than typical romantic type energy associated with Venus.

Venus is known as the lesser benefic (considered a lucky planet), particularly for those with a night birth chart (born after sunset but before sunrise). Therefore, when Venus is in Aquarius, the part of your natal chart that has Aquarius in it may be luckier, or you may receive gifts related to the topics of those astrological houses.

Venus in Aquarius transit through the houses

Not sure what sign is in your natal houses? Generate your natal chart now, or if you prefer a more beginner-friendly version you can order your free natal chart instead (may take a few weeks to receive).

If you have Venus in Aquarius transiting through your natal 1st house,  you are likely to be more willing to compromise and want to relate and interact with others during this time. People find you charming and magnetic now, and you are at your most appealing, both physically and emotionally. This is a fun time for you, where you feel easy going and non-combative, and it would be a great time to get away for a holiday or spend more time with friends.

If you have Venus in Aquarius transiting through your natal 2nd house you may find that your finances have a bit of an up and down quality. Your ability to attract money and possessions at this time is high, but your tendency to over-spend is also increased. You will be attracted to items that appeal to your sense of beauty and harmony at this time, as well as anything that invokes feelings of luxury or lavishness. Financial negotiations are likely to favorable at this time as you have an innate ability to handle these situations well now.

If you have Venus in Aquarius transiting through your natal 3rd house, you may find that your day to day encounters with people are more harmonious and agreeable. You enjoy catching up with friends, siblings, and those that you run into regularly. There may be an uptick in the number of communications with others in general during this time and that most of them go smoothly.

If you have Venus in Aquarius transiting through your natal 4th house,  you may find yourself becoming more of a homebody. You are more likely to want to spend time at home with your special people, rather than go out or visit with others at this time. Your relationship with your family, your parents particularly, is likely to be quite good during this time. You may find yourself wanting to redecorate your home or make it more appealing in some way.

If you have Venus in Aquarius transiting through your natal 5th house, this would be a great time to get away for holiday. This is a time when you have little interest in work or deep and meaningful subjects in any case. You  would rather focus on fun times with those that you care about. If you have children, this is likely to be a wonderful time spent with them.

If you have Venus in Aquarius transiting through your natal 6th house, you may run into some relationship difficulties. If there are problems in your relationship, this is a good time to discuss them and come to some sort of agreement. There is a strong tendency for you to want to focus on only the fun side of things now, but ignoring matters will not make them go away.

You may want to be off enjoying yourself when what is really needed is for you to knuckle down and do some work. In the workplace, however, you should be able to schmooze well with those you work for as well as those that work for you. Your health is likely to be good at this time, but you may need to watch your weight, as you will likely have a weakness for sweet and fattening foods at this time.

If you have Venus in Aquarius transiting through your natal 7th house,  your relationships are likely to go very well. This includes not only your romantic relationships but those with good friends and business partners. You are likely to be more open and affectionate at this time and for those that are single, this can be a great time for a new romance.

If you have been in conflict with someone and want to reconnect, this is the optimum time to do so. The only thing you need to watch out for is that you may veer towards being too easy going and not looking out for your own interests at this time.

If you have Venus in Aquarius transiting through your natal 8th house,  finances are likely to be very good for you at this time. You may benefit from money or possessions via your partner, a bank, taxation, inheritance, or insurances. This is also likely to be a great time to apply for a loan as you are likely to be successful at this time.

If you have Venus in Aquarius transiting through your natal 9th house, you may be drawn to art and other cultural experiences during this time. This is a wonderful time to get away on a long-distance trip if you can. Your appreciation for new and different locations, adventures, and people is stronger at this time. Relationships formed now may teach you things that you have not been exposed to before.

If you have Venus in Aquarius transiting through your natal 10th house, it is likely to be a favorable time concerning your career and public reputation. You are seen as easy to get along with and people tend to view you in a good light at this time. You may be more involved in artistic, creative, or diplomatic matters related to your career, even if this is not usually the case.

There is a possibility of falling for or becoming romantically involved with someone that you work with at this time. This romantic interest could be a boss or someone that is perceived as being in a higher position than you at this time.

If you have Venus in Aquarius transiting through your natal 11th house, you may find yourself interacting with your friends and in groups more than usual. This is a great time to be mingling with others, whether that be with friends, or at meetings or conferences.

The friendship component of any romantic relationships you are involved in will be more important to you now. Your ability and willingness to compromise in general is improved during this time.

If you have Venus in Aquarius transiting through your natal 12th house, you may want to keep your relationships low-key during this time. For some, this may indicate a secret or clandestine romantic situation. For others, it may just be wanting to keep things more removed from other people and situations at this time.

You may also find that you are more selfless and giving to your partner or others at this time. This may also be a time of hidden or psychological issues in regards to relationships.